Over an expected mine life currently projected to 2050, GCO will primarily produce high-quality zircon and ilmenite as well as small amounts of rutile and leucoxene.

GCO has a number of key attributes which drive performance:

GCO is a large-scale, cost competitive operation that is fully integrated from mine-to-ship, using owned or controlled infrastructure.

Moving through mobile coastal dunes, the dredge extracts ore from the front of the dredge pond and pumps sand and water to the floating wet concentrator plant which separates heavy mineral concentrate (HMC) from the lighter sand through a staged spiral gravity separation process.

Using GCO’s own locomotives and rolling stock, product is transported daily via GCO owned or controlled rail from the MSP to the port of Dakar.

GCO has its own warehousing and ship loading facilities as well as secure mole access at Dakar port. Zircon is shipped to global customers, while the majority of GCO’s ilmenite is shipped to TTI for upgrading. 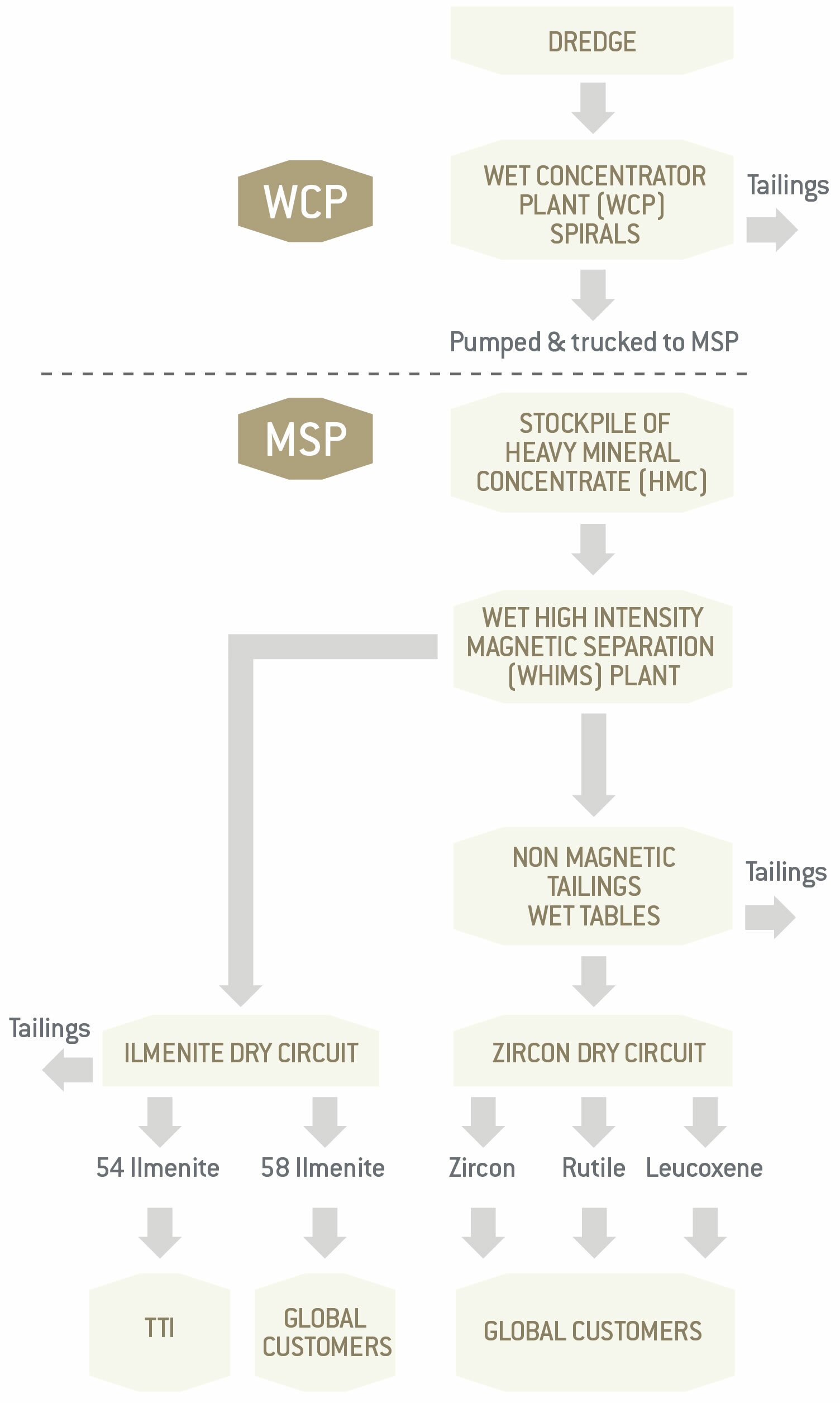 GCO is managed with TTI as a single, vertically integrated operation creating a number of important advantages, shown in this video > 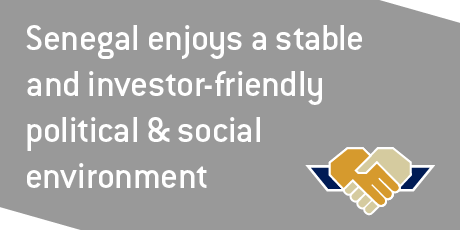 GCO is located on a coastal, mobile dune system starting approximately 50 kilometres north-east of Dakar in Senegal, West Africa, with the deposit extending northwards more than 100 kilometres. The Government of the Republic of Senegal is a valued project partner.

Having gained independence in 1960, Senegal enjoys a stable and investor friendly political and social environment. Being considered one of the most stable democracies in Africa has seen Senegal become a desired location for embassies and consulates. The country has a strong profile in many international organisations, including the United Nations, and is engaged in international peacekeeping activities. Senegal’s new development strategy – ‘Plan Senegal Emergent’ – highlights the country’s ambition of becoming an emerging economy by promoting a world-class economic environment, developing infrastructure and achieving accelerated growth.