The MDL Board seeks to achieve a mix of skills, knowledge, expertise as well as operational and international experience in its directors. The Board is also dedicated to ensuring that it is structured in such a way as to optimise short- and long-term strategic and business performance. 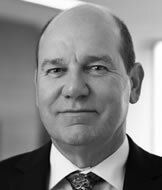 Nic is the non-executive chairman of MDL and was previously the Company’s executive chairman – a position he held for 22 years. He has professional qualifications as a geoscientist and worked in the mineral exploration sector for 10 years. In 1983 he joined a stockbroking firm as a corporate financier in the natural resources finance division and subsequently joined a major international investment bank as an executive director, again working in resources finance. In 1993 he became managing director of a small listed gold explorer which grew to a substantial gold producer prior to being taken over in 2000. In 1994 he formed MDL and has acted as chairman since that time. During his tenure as chairman, MDL discovered and subsequently developed the large Sabodala gold project in Senegal and has progressed GCO to its current production status. He has been a non-executive director of a number of public companies over the last 20 years and currently holds a non-executive chair position with FAR Limited.

Nic represents MDL on the TiZir joint venture board, holding the position of chairman. He is also a member of MDL’s nomination and remuneration committee. 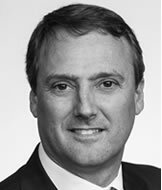 Rob was appointed managing director in April 2016 after serving as CEO from June 2015 following an initial period working with MDL on strategic and business development initiatives. Prior to joining MDL, Rob spent almost 25 years in the investment banking industry where his focus was advising companies in the natural resources sector on financial and strategic transactions. During this period, Rob was a managing director at RBC Capital Markets, an executive director at Macquarie Capital and also worked with J.P. Morgan in Australia.

Rob performs an active role in the management of the TiZir joint venture. In addition to serving on the boards of TiZir, Grande Côte Operations SA and TiZir Titanium & Iron AS he is also a member of the TiZir joint operating committee, finance committee (chair) and strategy & risk committee where he has significant involvement in delivering projects managed by these bodies. 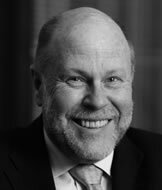 Appointed in 2003, Martin is a qualified metallurgist who has spent over 40 years in the resources industry in a variety of roles that involved the creation of major resource groups from small capital bases. He has served as a director of a number of listed mining companies involved in gold, uranium and base metal production. From 1987 to 1995, Martin was an executive director of Ticor Limited (formerly Minproc Holdings Limited) where he was responsible for the successful implementation of the Tiwest Project – the world’s only integrated mineral sands mine, synthetic rutile and TiO2 pigment operation. His experience ranges from project development through to finance and capital raising.

Martin relinquished his executive role and became a non-executive director of the Company effective 30 June 2017. He is a member of the audit and risk committee and also represents MDL on the TiZir board. 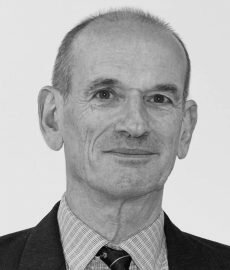 Sandy is a member of both the audit and risk committee and the nomination and remuneration committee. 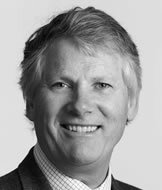 Tom has over 40 years’ experience in global minerals exploration management including a very successful discovery track record. He held numerous senior management roles over a 20 year career with BHP Billiton, including vice president of minerals exploration from 2000 to 2004. In this role, Tom was responsible for BHP Billiton’s global minerals exploration program whilst based in Melbourne. His other roles included strategic overview of brownfield’s exploration programs for all global BHP Billiton minerals assets. He also served on the leadership group for BHP Billiton’s diamonds and specialty products customer sector group, which included its mineral sands business. Prior to joining BHP, Tom worked for CRA Exploration Pty Ltd based in Melbourne and Geoterrex Pty Ltd (an international geophysical contractor) in Australia and Canada. He started his career with Delhi Oil based in Adelaide, Australia. He is currently non-executive chairman of the Deep Exploration Technologies Cooperative Research Centre.

Tom is chairman of both the audit and risk committee and the nomination and remuneration committee. 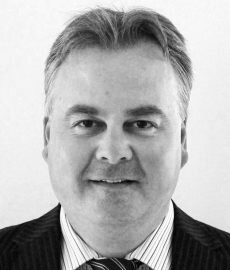 Prior to joining MDL, Jozsef spent eight years as a director of ASX listed Bassari Resources Limited focused on discovering and developing multimillion ounce gold deposits in the Birimian Gold Belt, Senegal, West Africa. He is a mining professional with a strong track record in the mining industry spanning 25 years. He has been involved in management, project evaluation and operational roles throughout his career in a number of mining centres across Australia and Senegal. He was involved in the development and operational management of the Fosterville Gold Mine (BIOX) in Victoria where he successfully transitioned the operation from open pit to underground mining. Prior to Fosterville, Jozsef was part of Placer Dome’s corporate and project development group based in Australia. He was part of the team for Newcrest Limited involved in the construction and commissioning of Cadia Hill gold mine in New South Wales and, whilst in Western Australia, he was part of the team which successfully constructed and commissioned the stage 3 expansion of the Fimiston plant for Kalgoorlie Consolidated Gold Mines.

Jozsef represents MDL on the boards of TiZir, Grande Côte Operations SA and TiZir Titanium & Iron AS, and has performed the role of interim chief executive officer at GCO since June 2017. 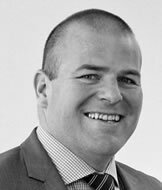 Greg joined MDL in 2010 as Accounting Manager to provide assistance with the demerger of the Sabodala Gold Project. He has over 15 years of accounting and corporate finance experience with BDO and Deloitte and was previously the manager of the audit team for the Company from 2003 until 2006. Greg has a Bachelor of Commerce from the University of Melbourne and is a member of the Chartered Accountants of Australia and New Zealand.

Greg is a member of the TiZir Finance Committee. 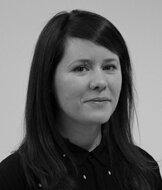 Michaela joined MDL in 2012 as Communications Manager – Corporate & Social Responsibility and was appointed Company Secretary in 2013. She has previous ASX listed administrative and executive assistance experience and has, over the years, been employed in a research capacity by Curtin University and the University of Western Australia (UWA). Michaela has a Bachelor of Arts and Doctor of Philosophy from UWA, a Graduate Diploma in Applied Corporate Governance and is an Associate Member of the Governance Institute of Australia.

Michaela is a member of the TiZir disclosure committee.